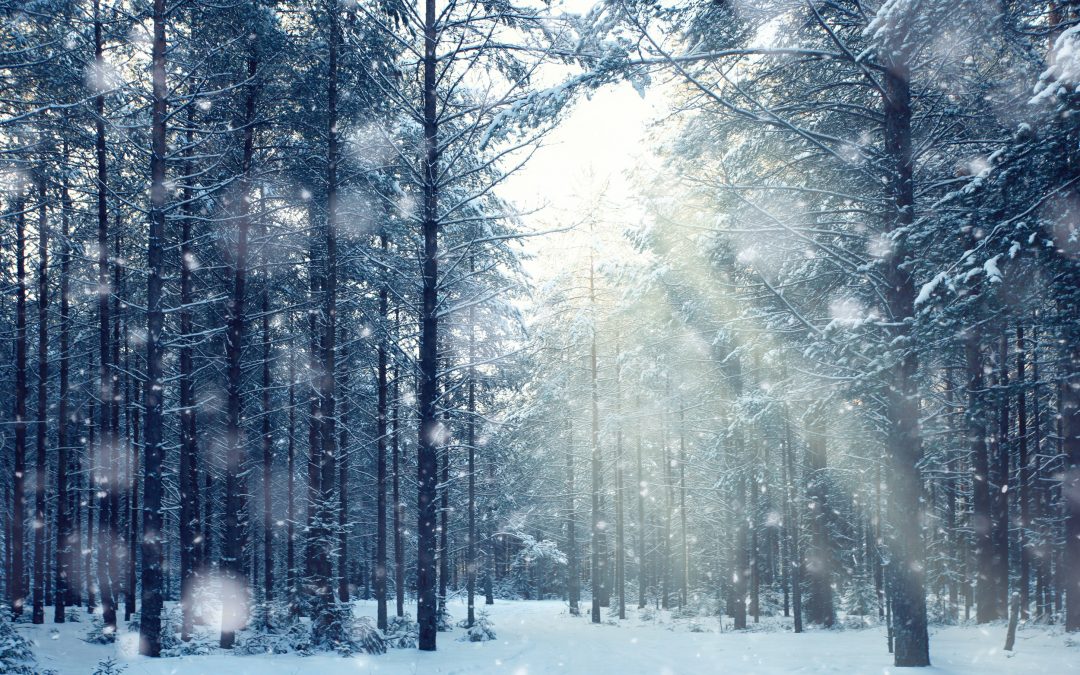 After a few far serious topics I decided it was time to write about a  different group and on something fun and other focused.

Snow angels, as I’ve always known them to be are those ethereal patterns in the  snow. Of course, these patterns are made from laying down in the snow and waving  arms and legs back and forth to create an angelic image. This merry snow activity is  most often done by children.

These are not the snow angels I’m writing about now. The snow angels I’ve  recently heard about are created, not by angels or people, by rather the fay folk. And I  will admit this is going to be a short piece because I don’t know a lot about these snow  angels.

The legend as told by the fay, is similar because for both making snow angel is a  merry winter activity. And both enjoy making patterns in the snow that emulate angels.  This is where the similarities end.

There are many groups within the Earthen Other Realm: faeries, pixies, elves,  sprites, and the many others. For some winter and snow and all things cold are  received with definite delight. While for other the cold holds no delight. Often flower  faeries, prairie pixies, and other summer folks spend the winter huddled below ground,  warm and cozy in their homes.

But the fay folks that thrive in winter, enjoy all things winter, and are especially  active with winter activities. These hearty souls enjoy the cold, snow, blizzards,  warming fires, and especially staying active.

They particularly like warming by the side of the fire so they can jump in the  snow and sizzle deep down in the snow. The fay folks love listening to the winter  sounds, with one such sound the crack and sizzle of warm folk sliding deep in tot the  snow.

Another of those fabulous snow activities is making snow angels. There are two  ways the folks make this honoring images. Yes the Earthen folks honor their friends the  angels in many ways with snow angels being only one. 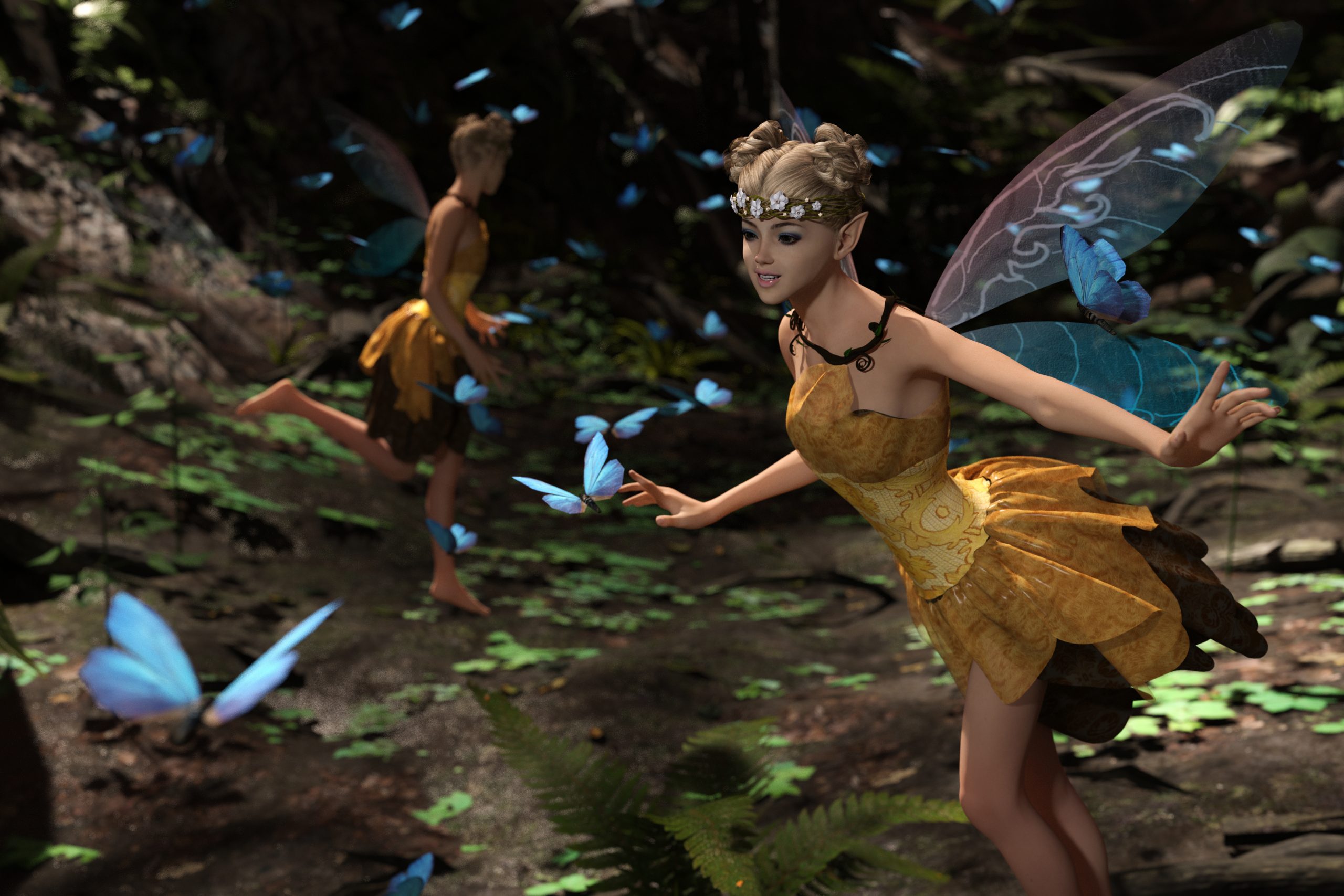 How the fay folks create the snow angels depends on their size and agility. The  larger ones, giants and trolls, create their images by laying in the snow and waving  arms and legs, much like people. However, their creations are smaller and at the  completion of their image they honor their angel friends. At the completion of every  created angel image the Earthen creator says a small thanking blessing for all angels.

The smaller Earthen folks, faeries, pixies, and especially sprite, choose to jump  into the snow and as they do wave their arms and legs to create the image. They’ll  swing from branches before jumping, or ride down a hang around leaf, taking  advantage of whatever is available to use to give them the height to jump down in the  snow. And again these folks say a blessing and thanks to their angel friends.

A main difference between people and Earthen folks when making the angels is  people lay atop the snow. Fay folk like to plunge into the snow. And of course a  significant difference is the size of the image. Fay like to be their smallest size when  making the angel images. They try to make the smallest of small indents in the calm  snow surface, only a little hole deep into the surface rather than just atop the surface.  And the main difference is blessing a friend.

It is very important to the fay to honor and bless their friends the angels. The  angels are a connection to the heavens. And the folks rely on that connection. This  connection is real and strong and a natural part of everyday life. though angels cannot  change weather they do assist the fay folks when weather challenges their existence.  And the angels also love the play with the fay.

Sadly for the angels they are too light and lithe to be able to jump in the snow or  skate along the ice, like the fay. So instead, in the deep of winter the angels with like to  blow gently on the backs of fay and guide them along the top of ice or snow. These fun  times leave patterned waves in the snow along the top.

Too often these images and waves in the snow are mistaken for clumps that’ve  fallen in the snow or patterns made by the winds traveling through. They may be. It’s  only by quiet and a close look can an observer determine if it’s nature of fay were the  originator.

And here’s a message and challenge to you; when next creating a snow angel,  when done bless a friend – whether angel or fay or other. Those simple little blessing of  gratitude bring good to those blessed and bring some back to you. And when next  walking in the snow, look for those small or deep indents in the snow. Look at their  size, depth, and of course the swirls. Look close enough to see if you can determine if  it’s an image of an angel or a simple clump that’s fallen from a tree. Either way you are  now a part of their experience and winter joy. And of course, look for patterns in the  snow, the waves and ripples. Can you imagine an angel blowing on the back of a fay  folk to glide them along the fine snow surface? And when you stop to notice, you are  also a part of the quiet that winter is so known for. That quiet encourages quiet from  within and settles the soul. When you stop to notice, you also stop to be within nature and be a part of an Earthen experience. And that experience is the blessing, thanks,  and gratitude given you by the angels and Earthen folks. The blessing quiets and  energizes the soul.