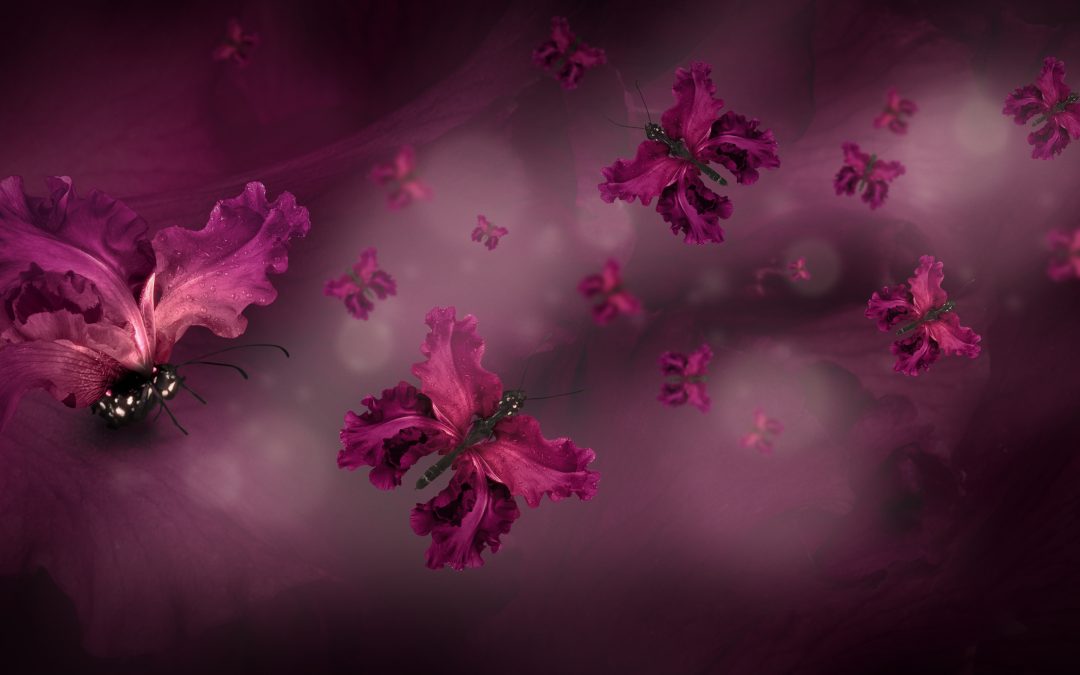 Recently at a Faerie Godmother Tea, I was asked to talk about Faeries. With a topic so diverse and massive, I am choosing to begin with what, I believe, are some basics.

I grew up learning that the creation of the world was divinely orchestrated, although now, as an adult, I no longer think the 7 days are the same 24-hour days that we currently use to measure a day. In addition, I’ve since learned that all cultures have similar creation stories with their own uniqueness. Not only that, but there are some studies that profess science (the Big Bang) and religious creation are contradictory. So what does our world’s creation have to do with the recent question? A lot.

I’ll start with the basic belief that the divine or a higher power created the world in which we live. The Creator or Creative Source created all. And a part of this belief is that humans have been created in god’s image and likeness. However, the Fae believe their creation is slightly different from ours. Folklore says the Fae were the creation of angels. The Creative Source asked the angels for input throughout the process. So, the angels were allowed such trust they were the ones who, through the Source or Creator, created the Fae. And from this some very differences arose.

This is very different from Fae. Though Fae are derived from angelic influence, they’ve been granted most of the same powers as people. However, angels wanted the Fae to be good examples of how people could experience choice and a favorable reflection of the angels, while still being able to experience life in a near-human way. But by great contrast to people, Fae are
unable to lie. When asked for a truthful answer, they must tell the truth. Even so, they do have the power of choice until it comes to lying. So, though they cannot lie, this doesn’t mean they are completely honest. Through choice, they’ve learned how to maneuver around the truth, by using partial truth, omission, and other ways—not an outright lie; rather than being fully honest,  the Fae circle the truth.

Another difference between Faerie, magical beings, and elements is that in America these are all viewed as separate groups, while in Europe and many other cultures, all are included in the same divine group. In Europe this group is all-inclusive: Fae. Though Fae
generally is all-inclusive, they also separate them into the Greater Fae being the folk who are most like, in some degree, people, and the magical animals, elements, and other Fae energies. Yet when creating the magical, the angels wanted Fae folk to have the greater advantage by having more powers over the animals, elements, and any other magical being and energy.

As mentioned above, one condition placed on the Fae folk by the angels was the inability to outright lie. However, there are demons among the Fae. They may not be able to lie, but they are masters at twisting information and appearances so that it may seem like they are lying. Deception is disguising or veiling the truth to appear otherwise. Asking a question or giving information that implies something else is not necessarily a lie, but is instead a clever deception. The demons will use deception. As well, some Fae use deception when trying to not be taken advantage of or when trying to determine how trustworthy a person is. Because of their
divine origin, some people can sense the deception, especially if the person being deceived trusts his or her own perception.

Another part of the creation of Fae are those that are often thought of as monsters. In true Fae, there are no monsters. If they are created in a human-like appearance, they are considered part of the angelic Fae. This collective group refers to them as folk because of their people-like appearance. If they are created in animal, element, nature, or other magical energetic likeness, they are considered Fae, but more the creation of the divine with angelic influence.

This is a good place to clarify there is a difference between what we’ve heard were undesirable Fae (trolls, goblins, ogres, etc.) and demons. There are many Fae folk who were created with specific talents and skills, but who are not, at heart, monsters. Giants, trolls, ogres, and the many others that could be named are not a group of monsters. Their specific skills and talents were given them to help them with greater Earthly needs to accomplish. And they are not lesser folk, but in Fae held in high regard because of the specific task they are to perform.

Demons are not honorable folk but twist truth to be self-serving. While some Fae seem antisocial, they are not demons. Trolls, for example, are actually the keepers of sacred spaces. And goblins may look grotesque and are known to be somewhat ill tempered; however, they are highly intelligent and very often are asked to protect important things. Unfortunately, these being are often judged more by their looks and temperament than the actual intent of their actions.

And then there is the entire collection of magical animals, elements, and the natural. While still seen as different from fairy, when using the term “Fae” as an all-reaching group, magical beings, unicorns, phoenix, and the many more are an equal to the folk and the
elements and other natural beings. Yes, the collective Fae includes all, even the elements. Think about it: don’t we call on Earth Mother? Or include all the elements and the cardinal directions in ceremonies? These show just how strongly all these energies are indeed a part of the general Fae collection.

This all gives the Fae a benevolent quality, rather than being monsters. However, there are corrupt beings in the collective group: the individuals in the demon group who use twisted truth to be self-serving. Just as in our culture we cannot name a group who is collectively corrupt, but rather it’s some individuals within the group who are corrupt. These corrupt beings are still bound by the inability to lie but they have learned how to go to great lengths to deceive. Deceit means to mislead by false appearance or implied information, to delude, to practice unfaithfulness, or to falsely persuade. Yet if forced and unable to find a deceptive way around
the truth, they, as well, must tell the truth.

It’s unfortunate when good folk are judged more by their looks than their true qualities or when they are believed to be only a certain way and not understood. It may be a good time to get to know more about the Fae and specific folk so we are better able to understand them.

Remember the Fae as a collective group is more inclusive in many more cultures than in America and are generally as good or corrupt beings as we are, though they tend to possess more magical skills and include so much of what is magical in nature. If we want to know them in our world, it’s good to get to know more about the collective group of Fae.