Human Being vs Becoming 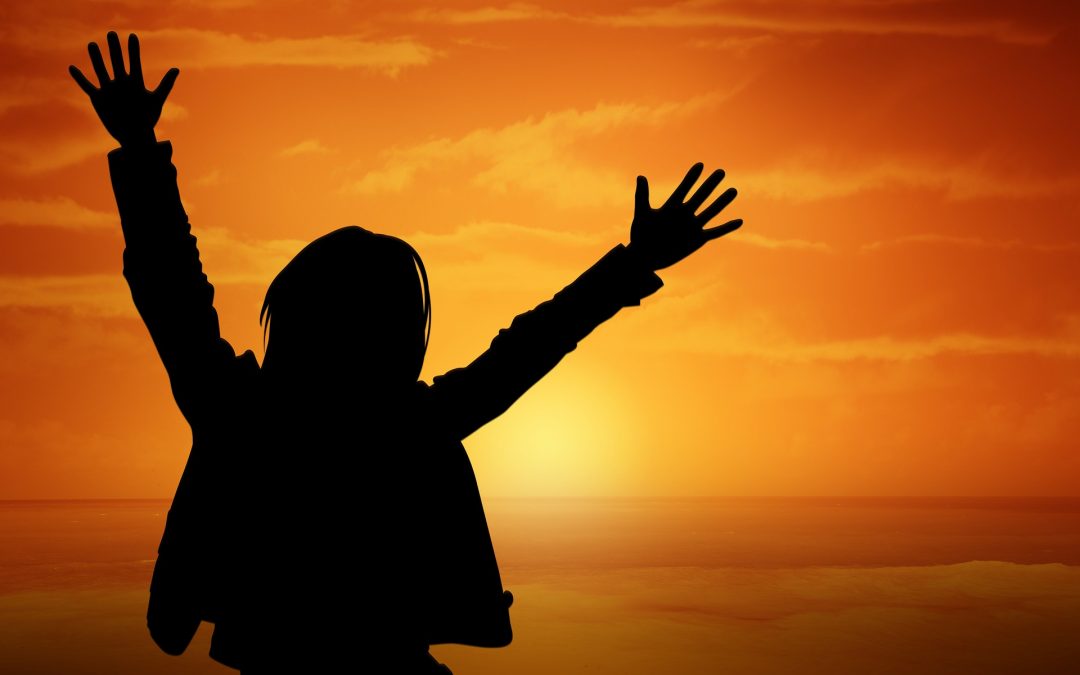 We are human beings. As human beings we sometimes live either too much in the future or the past. Though I advise living with the focus in the present, there is also a lot to say about not being so comfortable and complacent in the present that we forget what’s learned from the past or, for many reasons, don’t seek growth. Rather, it’s achieving the right balance between living life with focus on the present while striving to continue to personally evolve and grow.

The word being tends to imply staying in place. Sometimes, it means being so stuck in a pattern we forget to build on past experiences or strive for future growth. I’ve often wondered if calling people human beings comes with the implication and a reason for people to simply exist, with each day a repeat of the last. The daily grind. The daily routine. This does not mean a person is comfortable in their routine, – it just means there is a comfort in the routine pattern. It simply means being stuck in your routine, which equally is confusing when the current routine doesn’t bring joy.

There are a couple important contradictory things to know about human nature. The first is people are geared to develop patterns. Patterns help people perform a routine task without much thought. However beneficial, these habits interfere with developing new habits. And oddly contrary to this habit is the need for people to  abhor too much consistency. While our mindset likes to establish patterns, at the same time we also have a need for growth and change. (I’ve previously discussed the need to establish patterns in the musing “How to Achieve Change.”)

By nature, establishing a routine, habit, pattern, does keep a person somewhat sane. Too much change and chaos causes distress for most people. However, the opposite is also true. Too much of the same tends to push a person to create change, generate drama, act out, or simply do or try something different. The goal, rather, is to achieve a healthy life balance.

Though I think our primary focus in life is to live in the present, I also don’t believe we are to live as though this is all there is. Instead, I’ve said that rather than being called a human being, I want to be a human becoming. It’s important to be and live as an evolving, growing human. When preparing for this topic, I thought of a couple times someone else has shared this same ideation in another way.

During the job interview process, many are asked to describe where they see themselves in 5, 10, or 20 years in the future. A common response is to be in their version of on top of the world. Many answer the question as though they have confidently defined their future. Another way interviewers have asked this question is by asking a people if they were a gem, what gem would they describe themselves to be. In a setting when we tend to want to shine and put our best forward, it’s a surprise when someone admits the they are not a fancy faceted gem. One person I know of described themself as a diamond in the raw, not yet cut or polished. This person said they knew they had a lot to offer, but were not yet ready to be viewed in a specific, identified way and still had more growing to do before they felt
they’d seen as a shining, polished piece. And someone else described their themself as a pearl. What you saw was what they were. What they had to offer was not a high- grade, cultured, perfect pearl, but rather a natural, asymmetrical, imperfect pearl whose shapes was formed from having sand within the shell. This person admitted they still dealt with the desire to have the sand produce a natural beauty, even though they were aware of what that some might see this as flaws. Both these individuals believed who they were came from not yet fully defined parameters or from life’s gritty influences. Neither believed they were finished in their personal identity or definition of who they are. They are both still becoming.

Then there is another young lady I know who described this same idea of becoming in an entirely different way. This young lady is serving this year on the GLSEN National Student Council Summit. The task for one meeting was to write about where they will be in 20 years. Mia being Mia decided 20 minutes before her meeting to write and draw her response. I believe this young lady’s response is incredibly insightful and eloquently expressed. 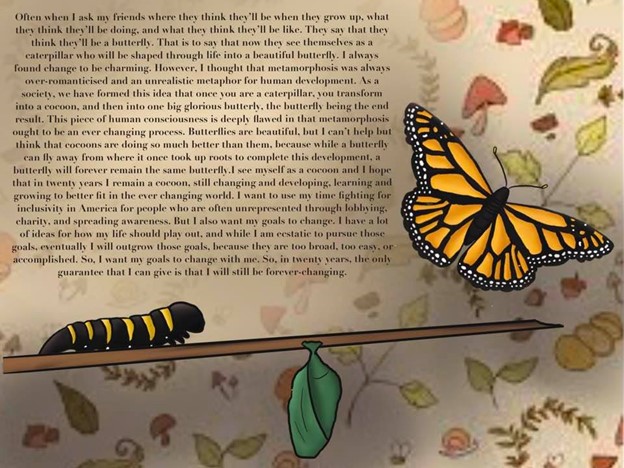 Her mother said about Mia, “I am so proud of the person she is and the person she is becoming and that she values the ever ever-changing process of figuring out who we are and what we want and accepting no less.” – I agree.

I believe this is well said by both my granddaughter, Mia, and her mother, my daughter, Angie. It’s a choice to decide to not live in stagnation, but to continue to evolve. We are who we are, but remember – we are also becoming.