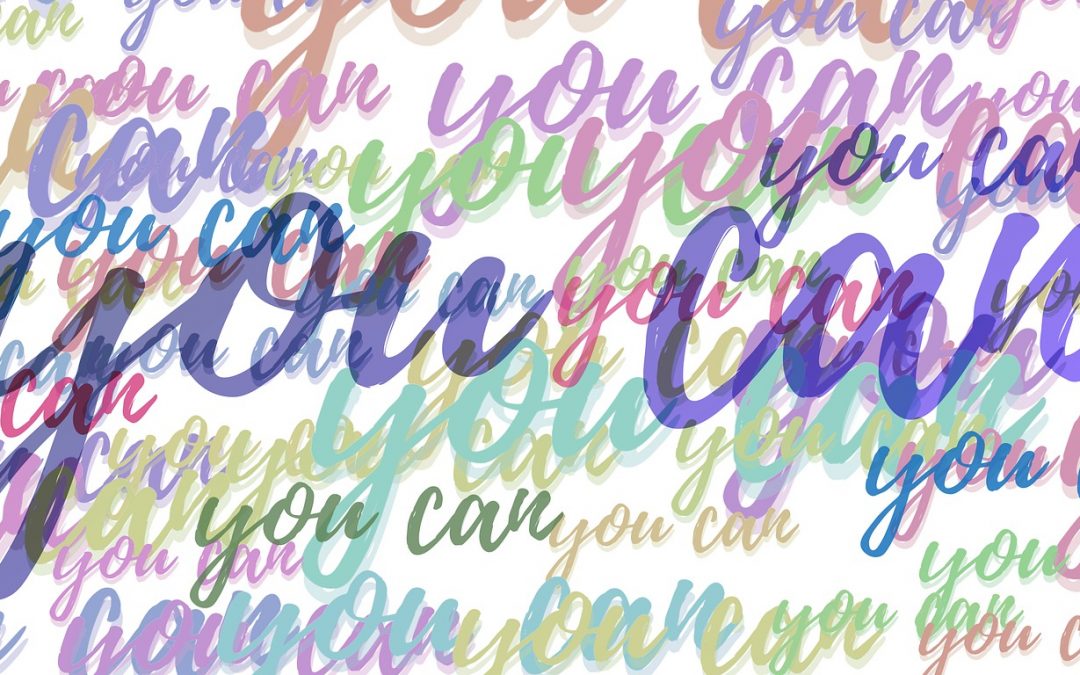 It’s that time of year when people set their goals for the upcoming year. Some call them resolutions, when done other times of the year – affirmations. There are many manners of tutorials about affirming the desired change. The most common is to positively state exactly what you want. Though I have a slightly different view than many popular beliefs.

Affirmations are a part of everyday life. There are many ways we use an affirmative statement everyday by saying: “I wish I…” or “If only…” These statements, though often off-handedly made, are one form of affirming what we want or believe about our life. Even negative statements direct what we create or not people, things, circumstances in our life. We also have several other expressions to show how beliefs can effects our life: “you will see it when you believe it,” “seeing is believing,” “self fulfilling prophecy,” “you become what you believe,” and so on. I trust you can fill in a few more.

As people we often prove through reinforcement this to be true, with statements like: “I told you so,” “I just knew something bad was going to happen,” “I knew nothing good could come from this,” “I had a feeling,” “You don’t believe strongly enough,” and
so on.

Whether it be to produce a positive result or in proving a negative outcome, affirmations have some power. Belief, faith, conviction, trust, confidence and skepticism of desires play a big part. Part of the difference is the importance or lack of importance, and amount of conviction, belief, or fear of bringing negative or positive results varies. This said, also important is the knowledge of the origin of beliefs impacts how strong or aware you are and your ability to change a belief or underlying belief to attain a desired outcome.

There are several ways to initiate the use of affirmations: most common is the traditional worded sentences, but also subliminal recordings, hypnosis, treasure maps, vision boards, sweat lodges, bowl burning, repeated commercial messages, and more. What we see and hear and believe over and again does tend to become significant. And these repeated messages can be positive, negative, or neutral.

Such things as burning bowls, sweat lodges, intend to bring positive results through releasing the limits we have. Deciding to release limits and negative to bring forward positive, affirms the positive is possible.

The technique for making an affirmation manifest is the repetition of the desired outcome. With a written statement it is repeating the words. In vision boards or treasure maps, and the like, it is visually continually committing to a result. However, the repeated frequency of the message is only a part of how significant it becomes to and for you and can produce desired results.

What makes the difference in the importance or lack of importance varies. The frequency of the message is only a part of how significant it becomes to you. What your beliefs are or what you desire plays a bigger part. As well, where the beliefs come from impacts how strong or aware you are of a belief or underlying belief.

What technically happens is neuroplasticity, the ability of the brain to form and recognize synaptic connections, the brain’s adapting and changing throughout life to try to create what it believes is homeostasis. The brain likes balance. However, your brain can confuse the difference between reality and imagination while adapting to achieve a perceived balance. This is helpful and why affirmations work. Affirmations create the perception of what is real through repetition of an outcome, through words, vision, deeds, and the like. This repetition of what is imagined to be, that creates an imbalance with what is happening. So the brain attempts to create balance by believing this new (affirmation) message is truth and changes to make this imagined real.

Creating a mental image, repeatedly hearing a statement, constantly imagining a desire, and cleansing limits to open to the positive, does not always set up the brain to create automatically. It works only part of the time. For affirmations to have the highest rate of success it’s important to examine or explore the stated outcome before committing to that outcome.

We come born into certain beliefs; as well as develop beliefs throughout life. Those beliefs we are born into are the most pervasive and illusive. It is often these beliefs that underlie those habits most difficult to change. So is the challenge. How does one change these pervasive illusive behaviors? Insight is not always enough. We may have only partial insight so we can avoid self sabotage.

First, your affirmation may not work because it is not really your affirmation. So often affirmations are based on the exception or desire of another. So when you have a goal, ask yourself if this is your desire or based on someone else’s goal for you. If so then you’ll struggle achieving a positive result through affirmation an outcome. This also does not necessarily mean it’s not something you want, but realizing who else has set up an outcome for you opens you to adapt the goal to fit best for you. Many times when you explore a goal and find another’s influence, you discover how you may either want to drop the goal completely or adapt it to better fit your desired outcome.

How you talk to yourself and about yourself has significance. If you affirm one result but say to yourself the opposite (ie “I knew it wouldn’t work,” “I can’t do anything,” etc.), you are arguing against yourself for a successful outcome. Self blaming is destructive. Try your hardest to refrain from negative self talk. Beside helping you attain an affirmed outcome, it also helps life seem more agreeable.

Another important aspect of the brain’s attempt to keep us functioning is to keep things as much the same as possible. This is why change is so difficult. I’ll discuss this in more depth at a later date. For now though remember you are working against yourself to create a change. So be kind to yourself when you think your affirmations are not working or you are backsliding.

Then there is the enormity of a goal. Is it believable? The goal might be what you want, while at the same time seeming unmanageable to you. Here is where you ask yourself to examine the goal for its feasibility. Do you believe you can attain this goal as it is in your affirmation?

This does not mean you should give up. Rather, look at the goal in steps. Instead of affirming the final end result, look at the entirety of the goal divided in manageable steps. One the first step of the goal is attained you can step into the next piece and step by step you will attain that final result with greater satisfaction and ease.

Remember affirmations are not achieved in a day. Affirmations trick the brain into believing what was imagined is real. How long will it take? Goals take time. Allow yourself the time needed to have success. When a change is forced, often the end result is not successful. Backsliding and reverting to old habits is all to common. Time is required so the brain and body both believe the end result is fact and no longer imagined.

Though affirmations are simple, there are also far too often many things to challenge the process and results are not realized and frustration, doubt, and self criticism is the result.

Affirmations are most successful when you prepare for the final, desired result. Go deep within your psyche to learn about your goal and how you can create it to be crafted in such a manner it is your successful desired outcome.

Affirmations are powerful and feasible when done with mindful care of the final desired outcome and the reality of how you can attain your goal.