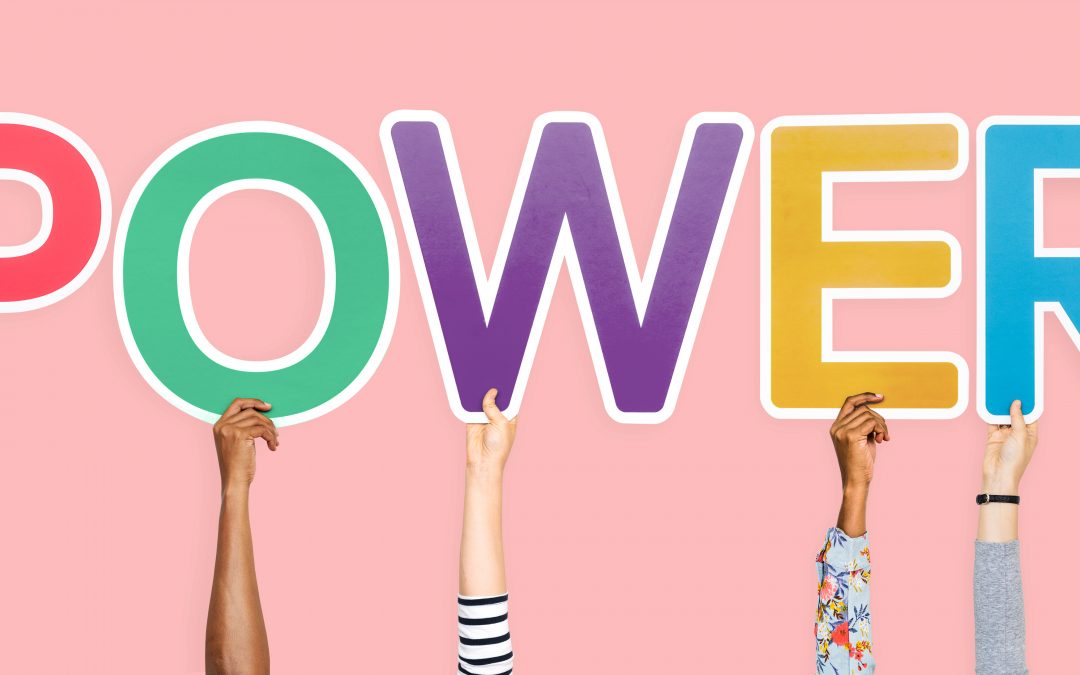 An ordinary reaction, when mentioning power, is for people to cringe. The next usual response is to recall times or people who abuse power. Thus, power seems to create a shunning reaction. However, would our world go around as effectively without some levels and expressions of power?

What makes power so important? Power helps organize, commands attention, and creates authority. These all sound controlling. And power can be controlling. No one says they want to be controlled; rather the opposite—free. Therefore, many think that power is negative. That may not be true. I think it’s not power itself that has created the problem, but rather how power is typically perceived and how it’s believed to be used.

I am taking the stance that in its origin, power is neutral. It’s not power itself but how that power is used and from where it is created and centered that makes it positive or negative. When power is used to rule over others, it is harsh, demanding, controlling, punitive, and the like. Yet, power can also be a simple expression that has a place in everyone in everyday life. All power begins from one central place. It is the degree and manner of power that creates the difference between power being effective in life and power creating constraints over others.

Many things begin neutral. It’s what happens after they begin and the intended use that decides if it is positive or not. Power is not the only thing that has a general preconceived outcome. Though many things are societally predetermined, they may not be real, true, or fair. For example, love is said to make the world go ’round. When love is shared with whole, healthy expression between two or a group, it is generally wonderful. However, love can also be smothering, controlling, and demanding. Is this then still love? I am not here to prove or discount that a person can or cannot feel or express love this way. If they believe this is love, from their experience, it may be the only way of love to them. Therefore, love at its core is neutral, but whether controlling and suffocating or warm and encouraging, only the person sharing or experiencing the emotion knows if what they experience, they call love. And if they believe this is their way of expressing love, then they are expressing and experiencing love in this way. Though, I must say, this is not how I believe or want to see love defined. My belief is love is a powerful, supportive experience shared. So, love may be how I want it to be or a way that is more controlling. And just as so many would say control is not a true expression of love, the same can be said of power.

My position is both love and power begin neutral. Then each individual takes these neutral values and does with it what they will; expressing it, using it, as they choose, this is what determines the worth,, respect, or limit the value holds and how the expression affects others. There is nothing good nor harmful until it is expressed and used. Then the truth of the value is with the one expressing it.

Remember it is the expression that determines the value or limit. Think about values considered to be ideal. Even though many want to idealize love, in truth it is not always pure, wonderful, and perfect. Rather, it, like power, may begin neutral and then develop into something wonderful or be distorted into something else. When love is used to control another then its neutral beginning becomes limited and a distortion of what it could be. This is much like power; though power is often seen as beginning in the negative, it’s beginning is just as neutral. And like love, when it is used to control it is expressed in a limited manner.

When expressed in its finest way, power can be just as wonderful as love. Power generated from the center of your heart and soul is true power. Power that comes from only the mind is ego gone awry. The true capacity of power comes when the heart and soul direct power to encourage and fortify others. But note: in its highest form, power will also take advantage of the rationality of mind to help guide it, while not be driven by mind alone. It is power centered in heart and soul that gives power its pure strength.