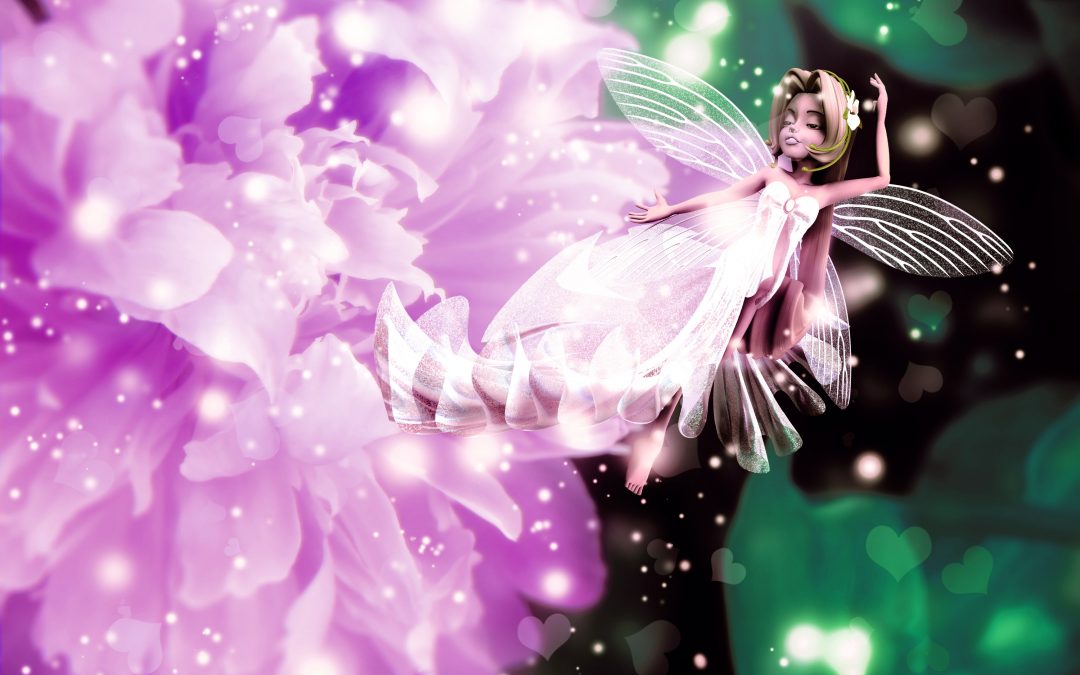 Wee Folk exist in all cultures.

Since the beginning of time the human race and Wee Folk have shared this planet. Often the relationship is seen as strange, symbolic, magical, mystical, and imagined.. And these stories transcend time.

All over the world these Folks are legendary, with each culture having their own stories of these nature entities. The spirits are often considered mirror images of humans and believed to be part of the larger community of intelligent beings. It is
believed these Folks and people walked together until a veil was formed to separate the worlds.

Many countries have acknowledged the appearance of Wee Folk from time to time. Even in ancient Rome household spirits were called “Lares” and believed to be the guardian of a home’s hearth. The most commonly identified Wee Folk is the European fairy. Even so, in addition to those Folks commonly identified as residing in Ireland, they are also well known in Greece, the Philippines, the Hawaiian Islands, New Zealand, Flores Island, Indonesia, and Native American lands to name a few places.

The Wee Folks have traditionally been seen as anywhere from cute, playful creatures to mischievous and tricky beings who should not be interacted with unless one knows exactly what one is up against. It’s often recommended that one not make offerings or promises with them, unless you know exactly what you are promising and can fulfill the promise, as well as knowing what is expected in return.

It is important to note here that, just like people, Wee Folk have varying personalities and degrees of honesty. And just like people, they do make bargains, with less honesty. It is also true one can worry about an agreement made with a Folk, but no more than one should worry about an agreement made with a person. If you enter into a promise with a less credible Folk, like entering into an agreement with a less credible person, the outcome can be very unfavorable. Think loan shark and inability to pay one’s debt. Are all people like the loan shark? I believe not. Just as some people have aspects of that in their personality, so might some Wee Folk. Some are kind, gentle, and giving, while others are less so or not at all.

It is also said it is fine to give gifts to the Wee Folk but never receive from them. Again, I say it depends on the Folk you are dealing with. How many people do you know that make gifts with strings attached? It is similar with the Folks. Yes, some give with strings while others are generous and giving. Do you know people who once you showed generosity to come to continually expect that from you? Same as with the Wee Folk. Get to know the one you encounter.

One strong difference between humans and Wee Folk is that Wee Folk live by the laws of nature and energy flow. The most scrupulous Wee Folk follow the laws with care and consideration. To give is one part of the flow of energy. When energy is flowing, giving is followed by receiving. Energy flow isn’t necessarily between the same two people. It is not “I give to you and you in turn give to me.” Rather, natural flow of exchange happens when one gives, but from where and how they receive, may or may not come from the original giver. By natural energy law, if one gives too often without receiving or one takes without giving, energy flow becomes stopped up like a damn. When this happens, the Wee Folk know healthy living is hindered and they believe this a violation of nature’s law. Sanctions are a common result. Breaking laws has consequences. This is how the advice of not receiving from the Wee Folk came to be. Lo, this is not a beneficial flow in energy.

How often has a leprechaun been uncomfortably held so their fortune can be extracted? Why would they come to trust us and believe we offer a clear and clean exchange with them when too often their experience is not clean? This is not limited to
the leprechaun. People have sought out other Wee Folk to gain power, favors, potions, or spell castings. They are cautious because, from years of experience, they know people come to them when they want from them. It’s also been said the same if for the Wee Folks.

It is therefore recommended you know who you are encountering to determine the level of trust and understand and follow the laws of nature and energy flow.

Because of lack of trust, natural law violation, and an uneven flow of energy, a veil was constructed. At certain times this veil between the worlds is thinner and the sight of Wee Folks more common. It is also true that anyone who knows how can create an opening in the veil and enter or leave one world for another. More often the opening is from an accidental or purposeful rip. If by chance you do open or rip the veil, please mend the rip quickly in respect. Until both sides of the veil learn to live in harmony with one another the veil is advantageous. And by chance it is this veil that has the Wee Folks seeming to be illusive.

These illusive creatures are often held in awe and splendor. It is commonly believed children are better able to see them because children have not yet lost their awe and innocence or gained skepticism. Some also believe children can, at times, see
through the veil. Though children are often the ones given credit for seeing these Folks, many adults reported seeing the magical spirits as well.

Sadly though, when children report seeing Wee Folk within nature they are frequently complimented on sporting a wonderful imagination and fanciful mind. This is unfortunate. With such skepticism the veil is kept firmly in place. Since so many cultures have stories about the Folk it would seem they are real and not fanciful imagined beings created only from the minds of imaginative children.

These imagined beings have conveniently become used by adults to craft into a part of lore and then children’s stories. They are used to teach lessons. In the hands of many adults, the Wee Folk became a means of teaching children lessons in a fanciful way. From there, they’ve been adapted to become extremely profitable fairy tale stories. While some are made-up, others are real or based in fact.

The Wee Folks are all over the world and intermingled throughout all cultures. Hence they have many and several names. Though they are considered diminutive in stature, in truth some are and others not. They may be small as a sprite or as large as a giant, while some have the skill of changing height and even shape shifting. One could walk among us without our ever knowing. Though flight is believed their skill, only a few have wings any longer. Once upon a time, wings were seen as obsolete and unnecessary, so for some evolution away from wings and flight became their path.

As said because they are all over, they come with several different names based on the area, culture, and nation where they reside. Here common names for Wee Folk are fairy, pixie, sprite, elf, brownie, dwarf, giant, troll, goblin and so on. For example, North American Natives tell of little people who live and care for the forest. And the Ojibwe myths bring up stories of a creature known as the Memgwaans. It is said the Great Lakes are under the care of “hairy-faced dwarfs.” The Hawaiians have their stories of the Menehune of their Islands who live in valleys and mountains. In the Gaelic tongue, the Wee Folk prefer to be known as “Sidhe,” pronounced “Shee.” There are several nations of these Folks from all over the world. I am still becoming acquainted with them, especially ones I’ve not heard of before (or yet).

My experiences started in childhood. Per my mother, I was a chatter box—so impossible, she’d tell me to go talk to the trees. They answered back. I knew I was talking with actual beings from earthen fairy to tree spirits and other friends. This early age experience opened me for continued and even later live encounters with these friends. Once while on a business trip in Louisiana, I thought I’d sit and meditate. Instead I somehow was invited through the veil. There was a most marvelous ball and my host was a leprechaun. The music and dancing was like none other I’ve ever experienced.

Even before, but especially since then, I’ve continued and strengthened my bonds and work with beings from other realms. Most often I am able to tap into their information intuitively and share this information during a formal or informal Intuitive Reading. I also have several of their biographies written down ready for print. So many wonderful stories are just waiting to be shared. Now I share their stories at Earthen Teas. These teas are a celebratory formality with a mix of the casual Earthen tones of friendship. I’ve also been granted the ability to share Fairy Godmother information with individuals. Usually this information is shared during a Fairy Godmother Tea because for them it is a cause to celebrate. As well, I do other Earthen Teas that share the knowledge and wisdom I’ve gained from these marvelous beings. Excitedly, they want to share who they are with you. So many are ready to work with you to help and assist. Know them and the laws of nature and energy flow.

As I learn more I will share. It is my intent to write about some of the different nations I’ve learned of as I did previously when I wrote about Snow Babies. Follow along to hear more, learn more, and maybe you will also share your adventures.